In order to test the MPX5010DP (a pressure transmitter with a range of 0-10kPa, 0-100cm), i made a total useless PID control. Pumping water from one container to another and keep the level as steady as possible. I'm planning to use the MPX5010DP as level transmitters for the fishtank project.

Below some picture of the control setup: 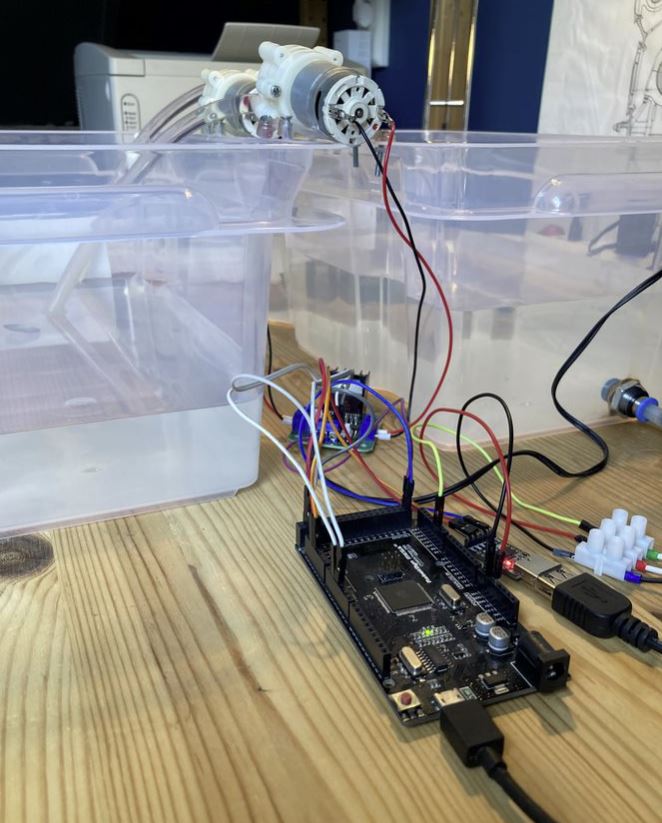 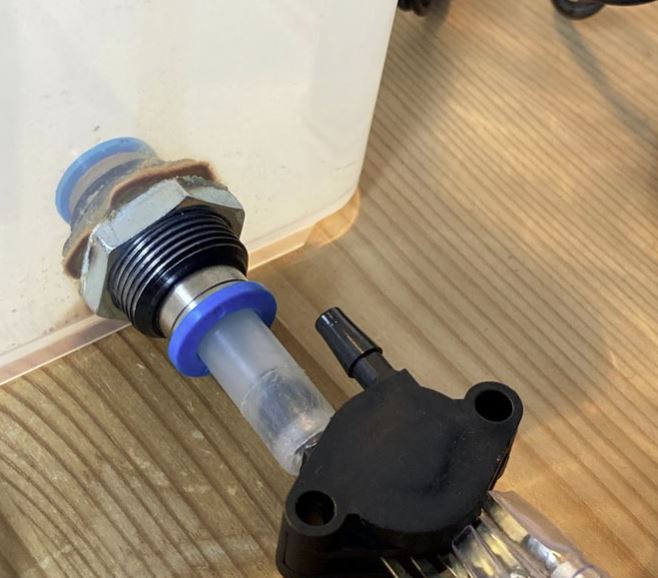 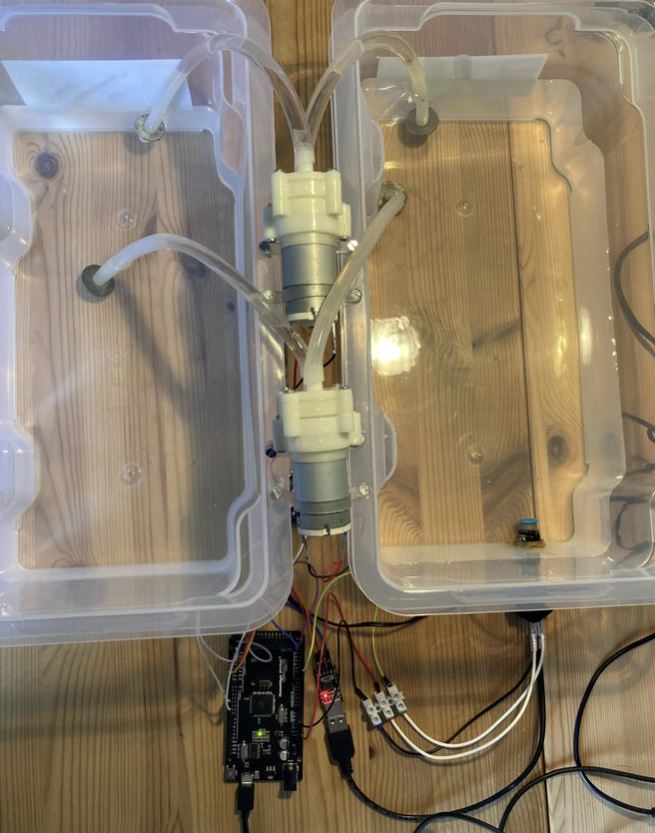 I made this PID control according to this PnID: 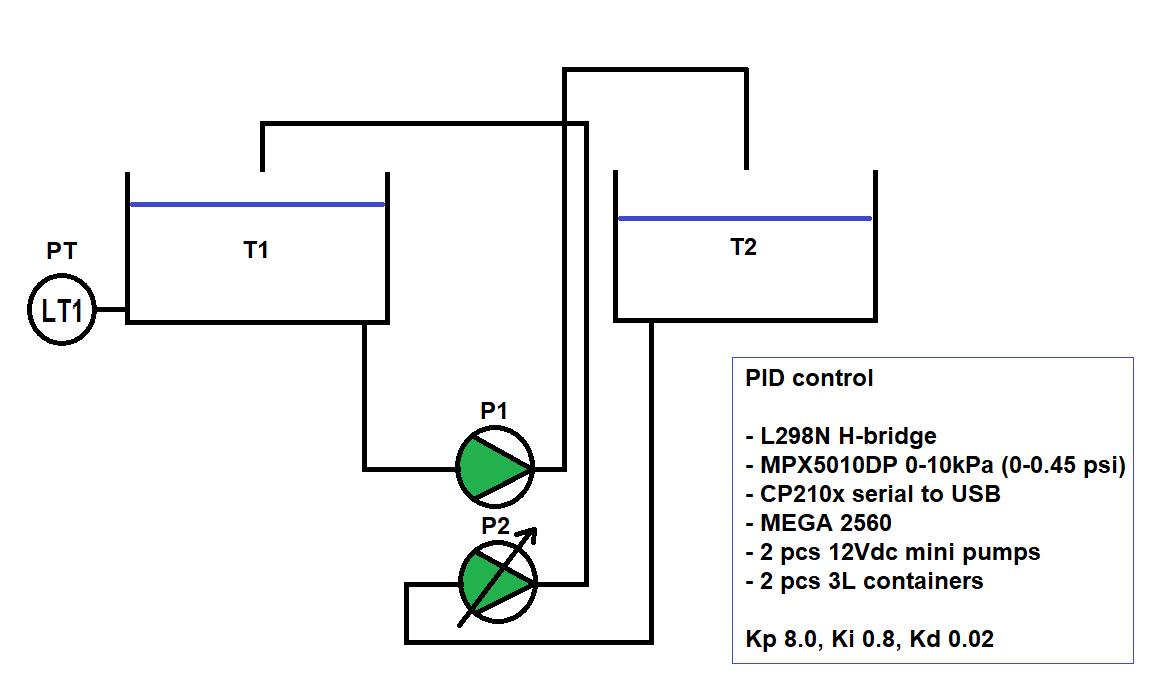 For the software i used my AFSM toolbox. In the next figures all of the AFSM used components: 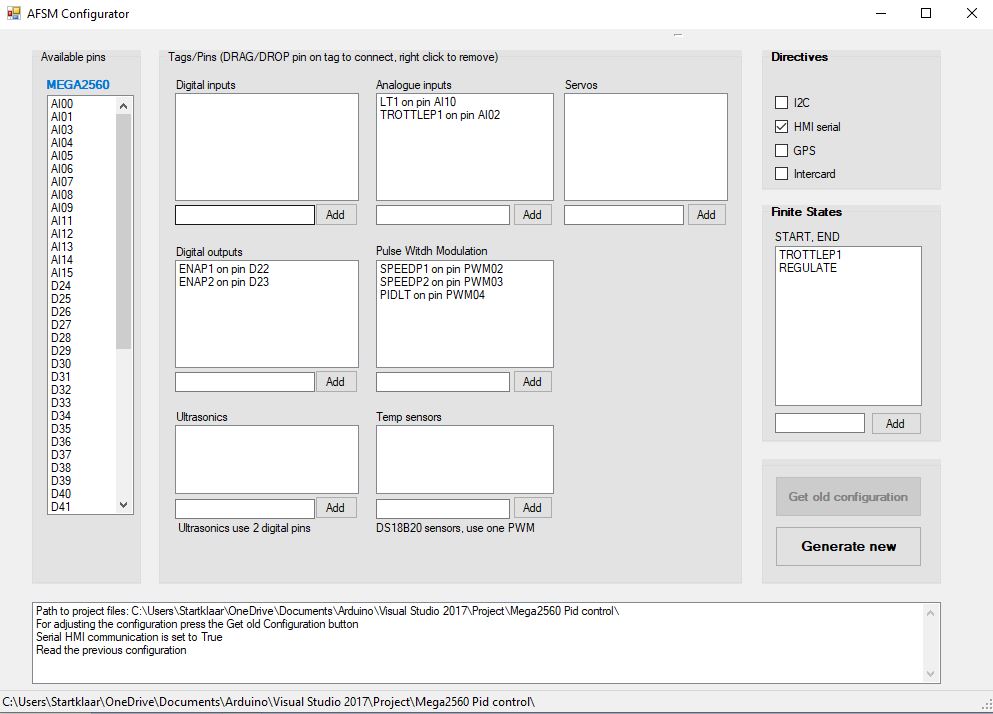 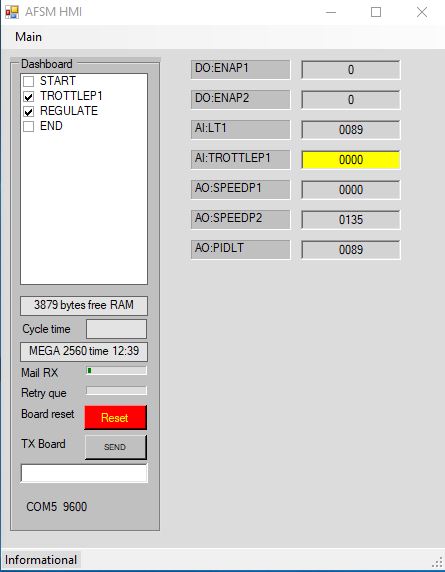 The states made in the Finite state machine: 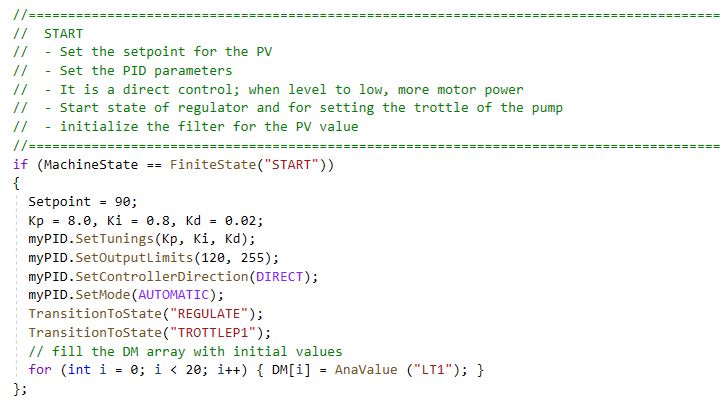 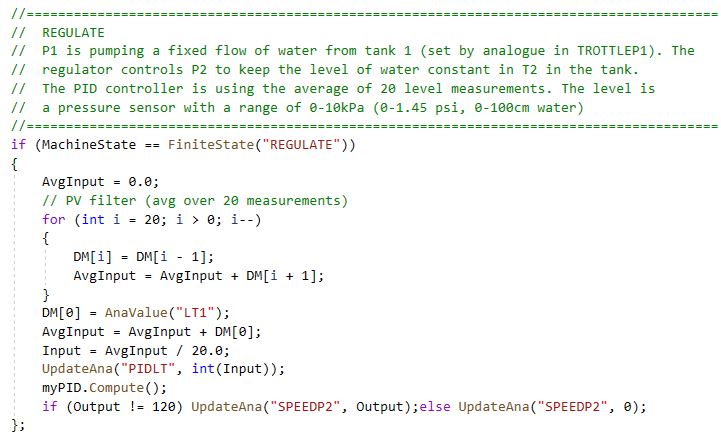 ...and a screen shot of the pen plotter: 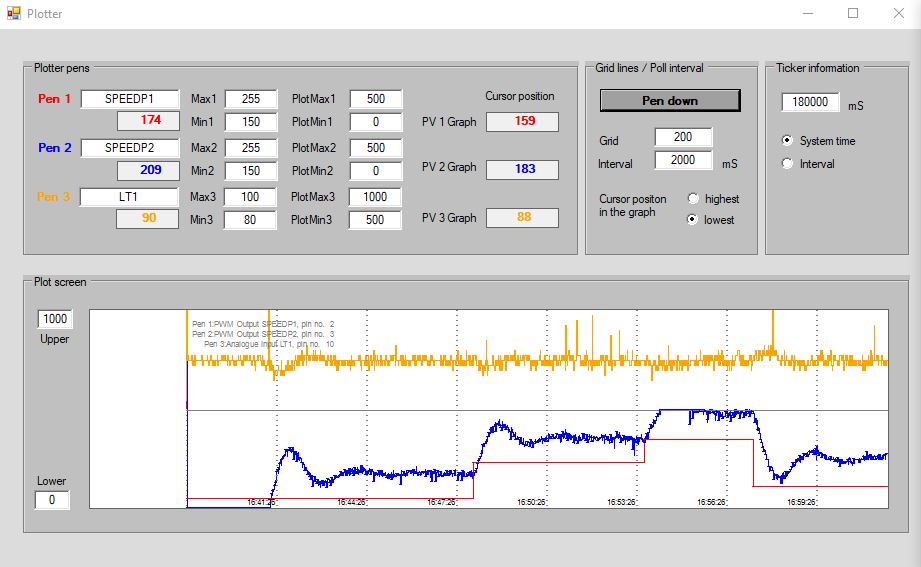