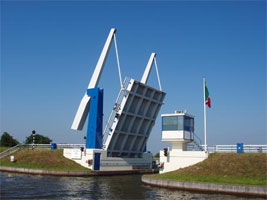 Long time i was looking for an example for the AFSM and than suddently -talking about the parking places at schiphol airport (AMS)- i decided to choose a drawbridge (?). Parking places at the P2 parkingplace are identified by typical dutch objecs like "wooden shoes", "cheese" and .. "drawbridge". The drawbridge i used for the AFSM example is a typical dutch bridge; with signs for the ships, signs for the road and  barriers to hold up the traffic and ofcourse the brigedeck.

Here a simple explanation for the working of the example:

That's all for the working, now the technical implementation of the AFSM:

First of all define all necassery I/O for this control and the possible states of the bridge object:
The naming of the I/O tags is not very professional, just logical names. It applies not to any standard like S88.

Possible states of the bridge, the activation of outputs and transistions to another states

Remark
For testing it is possible to set the "simulation" input to 0. Contact from the bridge (end positions) are now simulated for testing.

All software for the drawbridge example is available under folder "software".

In the example you can see that a windows popup is created by a click on the process value. 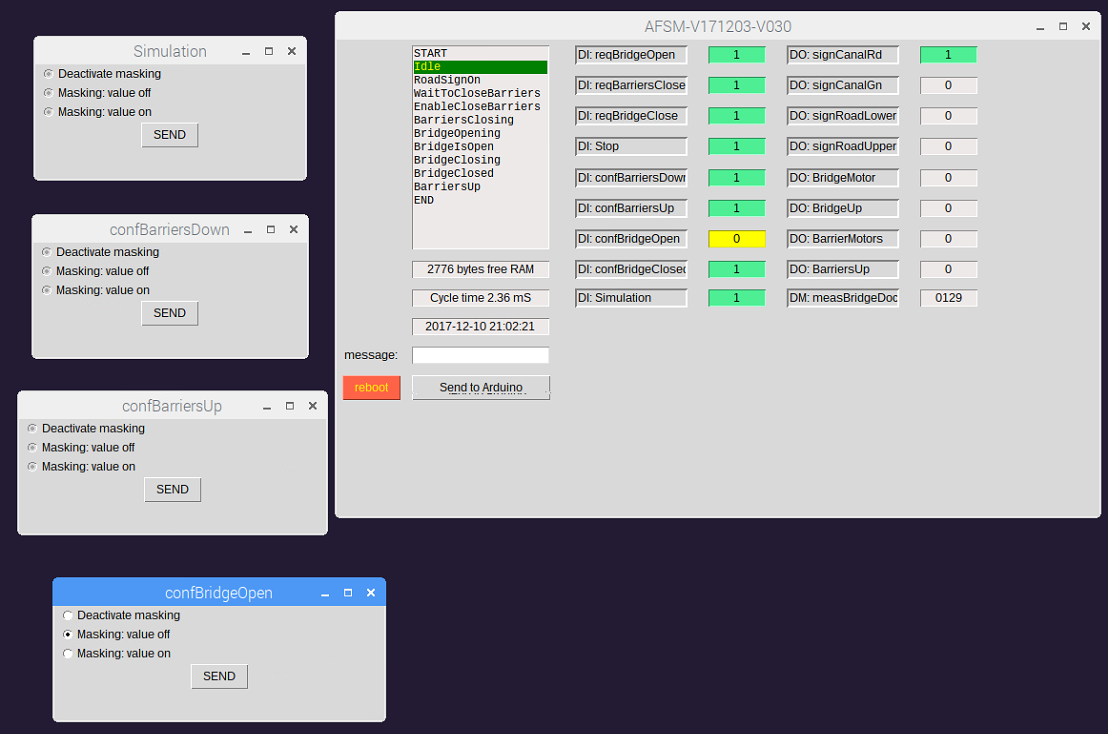