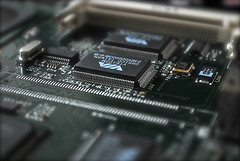 But then again, is it necessary to know exactly how the processor is working? It was a challenge to make the FSM the way it is at the moment and it’s now possible to create stable controls with the arduino as central processor. Knowledge of the processor hardware is not needed, just concentrate on the functionality of the control you are building instead of worrying about stacks, heaps, irq’s and registers. As written on the home page, the FSM can be used for making a complex stable finite state machine with possibilities to debug the control by presenting the I/O and (active) states on your PC. In my opinion debugging the functionality of a control is just another sort of debugging mostly mentioned by embedded programmers.

Ok, I don’t care how the hardware is working in detail.  What counts is the free and stable software for development of the software (everything is made in Visual studio 2017) and the hardware is relative cheap. Ah… just call it an arduino system, everybody happy. If you have another opinion, please let me know. Just curious.

Do you have a question or if you want some extra information about the AFSM please ask! We will answer as soon as possible.